The root of the word “romance” goes back to the Latin rōmānicus, which meant “Roman.” The language of Rome was Latin, and all of the Romance languages are descended from Vulgar Latin.

Like “Romance,” the word “Vulgar” here doesn’t mean what you’d normally think when you hear “vulgar.” It comes from the Latin vulgus, meaning “common people,” and so Vulgar Latin refers to the many dialects of Latin spoken by regular people.

Because of the expansiveness of the Roman Empire, Vulgar Latin was spoken all across Europe in the first few centuries CE. While the governmental empire began to collapse in the 5th century, the language was still spread all around the continent. As the communities started to close off from each other and individual kingdoms sprang up, the languages drifted apart and started sounding more distinct.

The languages spread even further apart with the various colonial empires, bringing French, Spanish, and Portuguese to North and South America. All the branches of the Romance language tree split off according to the shifting geopolitical order.

How Similar Are The Romance Languages?

Learning Brazilian Portuguese, for example, will prepare you to understand the Portuguese spoken in Portugal, despite there being some differences between the two.

French and Spanish are more clearly different, but there’s still enough mutual intelligibility that a French speaker and a Spanish speaker could probably have a rudimentary conversation.

The National Roman Museum is a 15th-century palace housing Renaissance artworks & antiquities, Greek & Roman sculptures & a library. Its mission is the acquisition, conservation, enhancement, and use of a unique cultural heritage in the world. This exceptional testimony of the past is promoted and developed by the National Roman Museum, projecting a sense of historical continuity into the future. 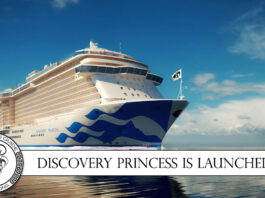 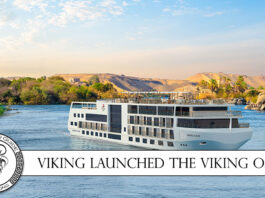 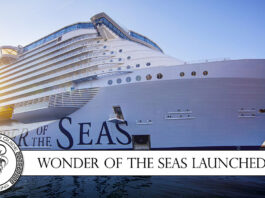 Royal Caribbean Takes Delivery of Wonder of the Seas

ABOUT US
Any Barbarian Can Cook! Follow me on a culinary adventure and conquer the world of cooking.
Contact us: barbariansguidetocooking@gmail.com
FOLLOW US
© 2023 The Barbarian's Guide to Cooking
We use Cookies that you can't eat on our website to give you the most relevant experience by remembering your preferences and repeat visits. By clicking “Accept”, you consent to the use of ALL the Cookies that you can't eat.
Do not sell my personal information.
Cookie SettingsAccept All Cookies but Don’t Eat Them!
Manage the Cookies You Can’t Eat

This website uses cookies to improve your experience while you navigate through the website. Out of these, the cookies that are categorized as necessary are stored on your browser as they are essential for the working of basic functionalities of the website. We also use third-party cookies that help us analyze and understand how you use this website. These cookies will be stored in your browser only with your consent. You also have the option to opt-out of these cookies. But opting out of some of these cookies may affect your browsing experience.
Necessary Always Enabled
Necessary cookies are absolutely essential for the website to function properly. These cookies ensure basic functionalities and security features of the website, anonymously.
Functional
Functional cookies help to perform certain functionalities like sharing the content of the website on social media platforms, collect feedbacks, and other third-party features.
Performance
Performance cookies are used to understand and analyze the key performance indexes of the website which helps in delivering a better user experience for the visitors.
Analytics
Analytical cookies are used to understand how visitors interact with the website. These cookies help provide information on metrics the number of visitors, bounce rate, traffic source, etc.
Advertisement
Advertisement cookies are used to provide visitors with relevant ads and marketing campaigns. These cookies track visitors across websites and collect information to provide customized ads.
Others
Other uncategorized cookies are those that are being analyzed and have not been classified into a category as yet.
SAVE & ACCEPT

Add The Barbarians Guide to Cooking to your Homescreen!

Add
Enable Notifications OK No thanks